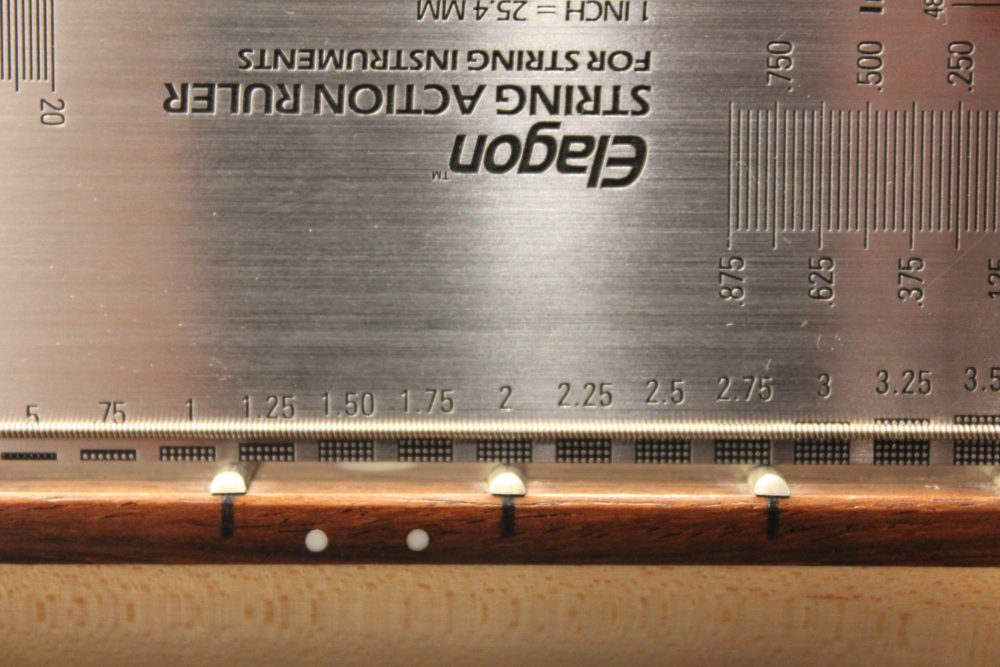 The string action is the distance between the bottom of a string and the top of a given fret (taken as a point of reference). Guitars are amazing because are fully customizable on this aspect: some electric guitars even have individually adjustable saddles for each string. Each player has a preference on the matter although the majority prefers what generically is called low action.

String action makes a big difference on the player’s perception and playing. Both high action and low action have pros and cons and are useful in different contexts: where a high action will give more control on the string (but it comes with a more challenging playing), a low action will ease legatos and bendings (but needs a lighter touch). Action is also strictly connected with string tension, intonation, fret buzz and…sound.

I would starting by making one point here: relating to the action like “the parameter adjustable from the bridge” is actually not 100% correct. The action (meant as distance between the string and the fret) is impacted also by the nut and the neck relief. It’s more correct to say that the overall action (and then, the instrument playability) is the result of many different adjustments.

That said, let’s see how to adjust the action from the bridge.

Choose the preferred action on your low E string and on your high E string. The action of the in-between strings will need to match the radius of the fingerboard. Some guitars allow to adjust the action of each saddle individually (think of a Strat), others do not (think of a Les Paul). In the first case, you’ll need a radius gauge to help you in in the task and you will lower or raise the saddle based on this reference. In the second case, more demanding, might be required to file deeper slots on the bridge saddles to achieve the same result. 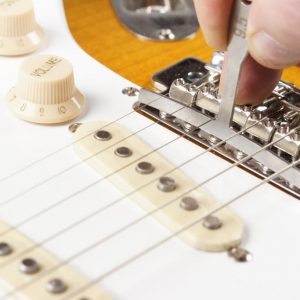